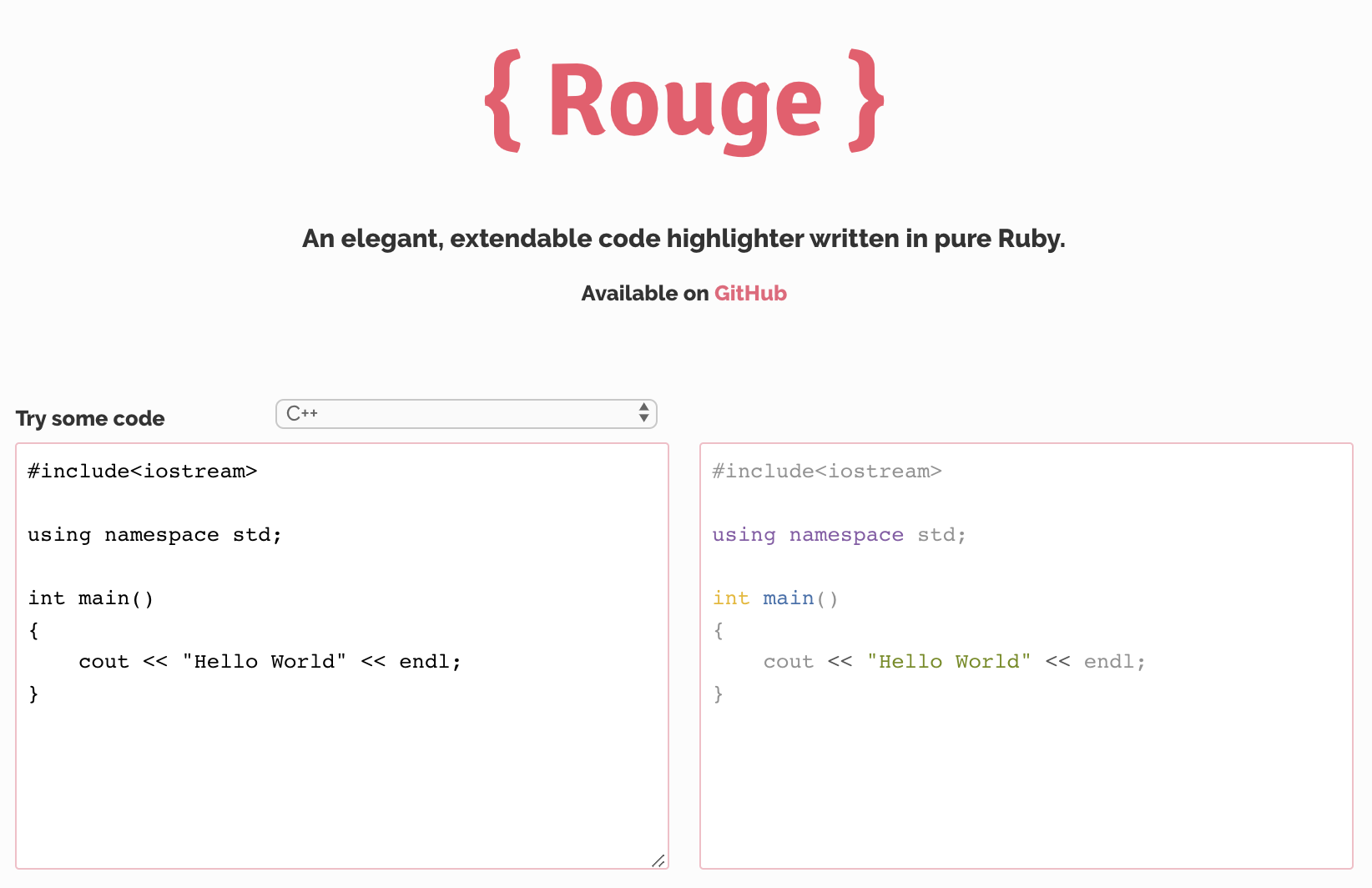 When you want to show the code snippet, you can enable syntax highlighting with {% highlight <lang> [linenos]%} and {% endhighlight %}. lang is a required parameter. You can check a list of supported languages and live demo.

With an optional linenos parameter, the line numbers are shown while highlighting the code.

You typically write posts in Markdown, supported by Jekyll. In Markdown, syntax highlighting is enabled with three backticks(```). It is natural that you want to do it instead of {% highlight <lang> [linenos]%}. This is called fenced_code_blocks and Jekyll set it to true by default. So, you can do like below:

You may assume that this is a just simpler way for syntax highlighting in Jekyll. It looks like that but there are a few small differences actually.

Rouge’s HTML output is compatible with stylesheets designed for Pygments, which is another syntax highlighter written in Python. It was released much earlier than Rouge. Rouge’s compatibility makes us find available stylesheets easily on the internet. You can find some in Jekyll Themes. After downloading a stylesheet, copy it to a CSS directory (/css). Then, you can import it in the main stylesheet like this: